‘The Mountains are calling and I must go’ John Muir END_OF_DOCUMENT_TOKEN_TO_BE_REPLACED

From Tacos to Sushi,
Poutine to Pies END_OF_DOCUMENT_TOKEN_TO_BE_REPLACED

How my life changed forever. END_OF_DOCUMENT_TOKEN_TO_BE_REPLACED

As mentioned in my previous post, I returned to SFO for one reason and one reason only. To finally see through my own eyes, and not through the platform of Instagram. YOSEMITE. And so here we are.
A couple of weeks ago I wrote an article about 6 of the Best National Parks in the US which you can read more about HERE.
However, if you’re just here for the biggie then here’s a suitable extract. Which is one of my favourite FUN FACTS.
‘Yosemite was originally inhabited  by the Miwok Indian tribe. When in 1851 L.H.Bunnel of the Mariposa Battalion came to name the park  he Chose Yosemite which he originally believed meant ‘Grizzly Bear’  In fact Yosemite or Yohhe’meti was one of two words frequently mentioned by the native Indians. The other word was ‘Awooni’ which referred the appearance of the valley and literally means ‘large mouth. Yosemite on the other hand literally means ’to kill’, which when given the time may well have been in reference to the white people who were taking over the park. If that is the case; Yosemite National Park literally translates to ‘to kill the white people’ National Park’

So lets get started.
Being without a car and in need of being with other people I booked myself onto a fabulous looking tour. It was with Extranomical  which specialised in a number of options around SFO and the Bay Area. I opted for the day package due to lack of time but mainly because of prices. Travelling alone accommodation wise in the National Park was literally the same cost as travelling as a couple.  I would have loved at least two days but for my budget and relationship status one day made more sense.
The website stated that the tour was 15 hours long but in reality you could easily take 4 hours of of that for travel times. The tour also offered an excellent pick up and drop of package which meant that I didn’t need to be finding a pick up point at 6am.

All aboard we left the city via the Bay Bridge and rolled out towards the Sierra Nevada. At this point I am going to mention that I took this trip in November, humbly hoping I would see snow. Instead however, it felt incredibly warm. Thankfully, because of this we were able to make our first stop off at the Giant Sequoia Mariposa Grove. The Sequoia are famous for being the largest known trees on Earth. If this little experience you can visit their own dedicated National Park. ( which is definitely on my bucket list) 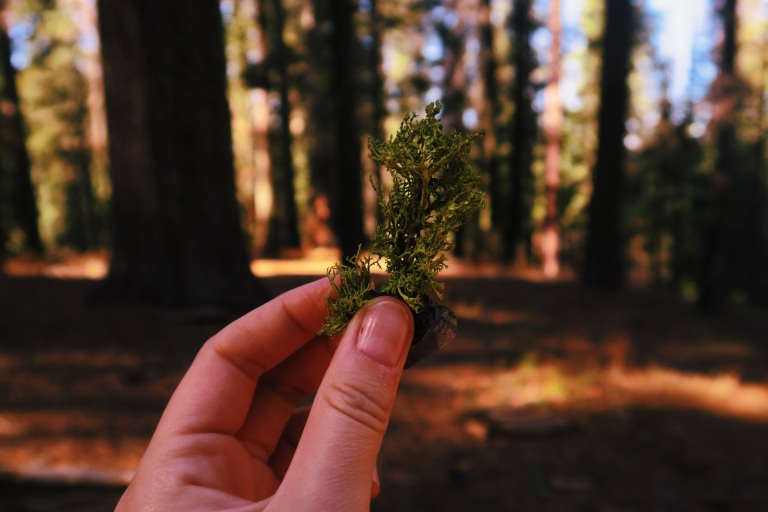 After having the opportunity to hike down into the grove and take a copious number of photos of Tunnel Tree we headed back onto our transport and made our way to Inspiration Point.. What Instagram is made of.  Prior to this I had realised that I hadn’t charged my camera, and if you know me, you’ll know what I would have gone through at this point. Thankfully a boy from South Korea had a spare battery and I could not have been more grateful. ( Although the next photos from inspiration point where taken with the vlog cam Canon G7X )

Heading back down we then had free time to explore the famous sites of Bridalveil Falls, The Grand Meadow and soak up the views of El Capitan and Half Dome.. as well as get lunch. I personally felt that we didn’t have enough time/ direction of where we should go/ do. But here’s some snaps anyway.

After our break we started to make our way out the park with several more stop offs on the way.  This actually turned out to be my favourite part of the day. See Below 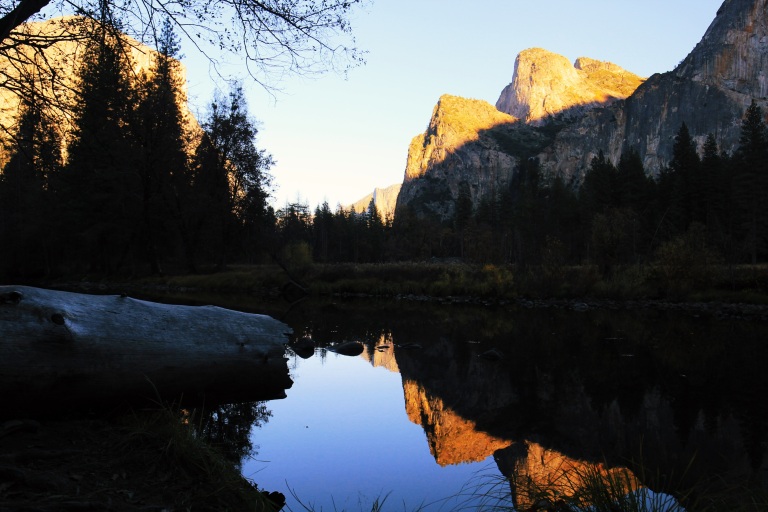 Speaking of reflections..
My Yosemite experience was definitely a 7/10. The tour itself was good, although I did think, and as mentioned above the free time was too short. I have been a LOT of tours and one thing I have noticed is you tend to be at a lot of the main attractions in the middle of the day.. which as a photographer is an absolute nightmare and photos you have wanted to recreate have not been possible.
Also.. absolute side note.. the gift shop was not the best …
When I DO return I would definitely consider at least one night in the park and renting my own car to fix out the photo situation above ^^
I leave you with my last glimpse back as we were leaving the park.

This post was in no shape or form sponsored and as always views and photos are my own.