‘The Mountains are calling and I must go’ John Muir END_OF_DOCUMENT_TOKEN_TO_BE_REPLACED

From Tacos to Sushi,
Poutine to Pies END_OF_DOCUMENT_TOKEN_TO_BE_REPLACED

How my life changed forever. END_OF_DOCUMENT_TOKEN_TO_BE_REPLACED

It’s been a while since I wrote a review of anything, and probably even longer since I’ve mentioned anything about London.

As I live here and now have less than 6 months before I hop across the pond it would make sense to make the most of my time, … lucky for you I can tell you about it…. Thus I begin.

Surprisingly the Alchemist is in a rather hidden location. However, if you can find the Duck and Waffle at Heron Tower then you haven’t got far to go. Despite this, I wouldn’t say that The Alchemist was in the most obvious position and has a rather understated frontage.
Upon entering however you enter a complete new world. If you are a fan of fairy lights and chrome crockery then its definitely the place to be.
With both bar and restaurant, The Alchemist may be more known for its fancy smoking cocktails and colour changing specialties, this is of course not to say that the food too is superb.

In fact that being said, it’s the food I would definitely go back for. Perhaps it was because  I hadn’t eaten meat for  month but the popcorn chicken and the burger topped with chili and cheese was more than a dream.

However, portion sizes where rather haphazard. Whilst the burger ( fries extra) and the Jerk Chicken ( comes with rice) kind of present themselves as whole meals, the blackened salmon is perhaps a little pricey to not come with any sort of side dish..

Although extremely tasty, the popcorn chicken looked a little silly sat next to the coconut prawn skewers. ( also delish)

Another thing I will mention is the service. Kind of slow. Now I’ve worked in a restaurant for two years, I know that Monday is a slow night but that doesn’t mean to say that you shouldn’t attend your tables. Upon actually ordering food was served promptly, so no issues there. 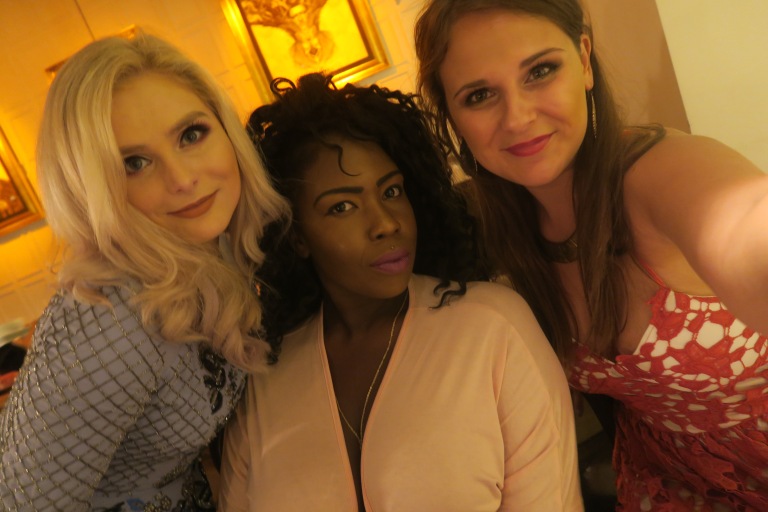 All in all it was a fab night and I will hopefully be returning before I make my way across the ocean!