‘The Mountains are calling and I must go’ John Muir END_OF_DOCUMENT_TOKEN_TO_BE_REPLACED

From Tacos to Sushi,
Poutine to Pies END_OF_DOCUMENT_TOKEN_TO_BE_REPLACED

How my life changed forever. END_OF_DOCUMENT_TOKEN_TO_BE_REPLACED

Photography wise Monument Valley was something that excited me the most about my 8 weeks away. It certainly did not disappoint. After seeinng it so many times online and in films it was semi surreal being there in real life. We first stopped off at Navajo gift shop to take in our first real view. After an absolute fave of mine ( as pictured in above) yeah we went there, for what I like to call the ‘real view’ AMAZING. Obligatory Forrest Gump run was not to be missed. What followed back on the coach was the mind numbing activity of a coach game- speed dating. Naturally started off being 2 minutes per person, ended up being like 10. Of course looking back now it was pretty hilarious.

When I originally looked at the trip itinerary Durango didn’t exactly jump out a time. The only thing I knew about it was that it was in Colorado, and thats only because the itinerary told me…Anywho, with what really could have been an ordinary night somehow it managed to escalate to a night better than the two in Vegas combined. In fact I can tell you now when I decided that the night would be decent. – Upon receiving my free drinks token. (at this point makes sense to thank both Instagram, Braden and Vegas… ) So yeah, really cannot go wrong with a free drink. But first dinner at the Cava Brewing Co. where we were introduced to three VERY important games which would take over the rest of the tour. Firstly the Whit, what? yeah exactly, Im not even going to explain that one. Secondly, the delightful game of what are the odds? a game which makes stupid decisions become realistic. Thirdly, Compai, making everyone as shitfaced as poss. ( my personal fave)

After 2 vodka cranberrys ( which Id like to point out now. drink of the tour.. well that and Fireball) and a cobb salad- no egg, I hate egg we headed out to a bar, called none other than Moes. Now, unless you were there, it is really hard to understand why this night was as good was it was. The best way to really explain. Everyone was really, really drunk. What with beer pong and the birth of ‘one more shot’  ( Thanks Manny) all just made for a perfect night what with face planting sofas and telling Braden, that yes, I did hate him. Also, can I just mention, the toilets did not have doors, just curtains……. 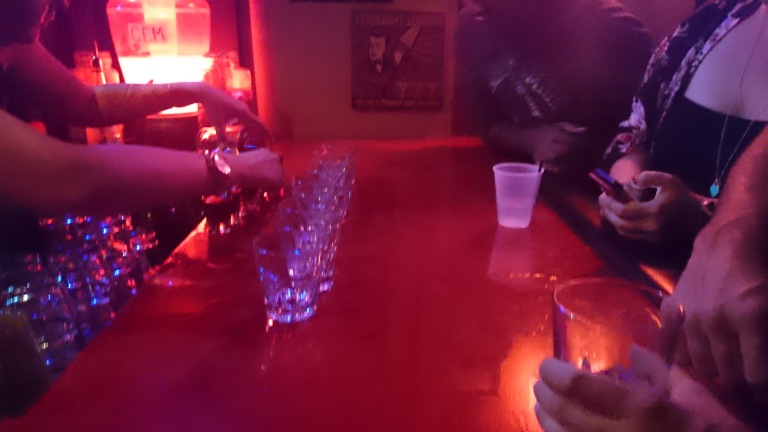 Lights on, bar close.. apparently time to go. Festivities continued into Mine and Leezas ( open door policy continues) Perfect end of the night with day song and warmed up brownies ( thank you microwave) Glorious, Glorious evening.

Open one eye carefully praying that Ive escaped hangover! Hurrah, I’m free. Freedom, however, did escape some others. Time for some water rafting. Freezing activity made even colder by people. *cough* JILL splashing water in ones face. After a lunch of….loaded fries at Dennys it was time to head out of Colorado and into sunny New Mexico.

Ahem… it is with regret that I have no decent photos of Durango. I was a bit of a plumb and in my drunken state didn’t charge the go pro for the rafting and I have no real photos of the night at Moes.
Thanks to Liz who has donated these stunning shots of Durango.